Please note. Depending on the country you choose you will be forwarded to the homepage of the subsidiary. You will find the responsible contact person on the imprint page.

Do you have any questions?

We are ready to help you!
Consultation

The Gulbenkien Café at Kent University 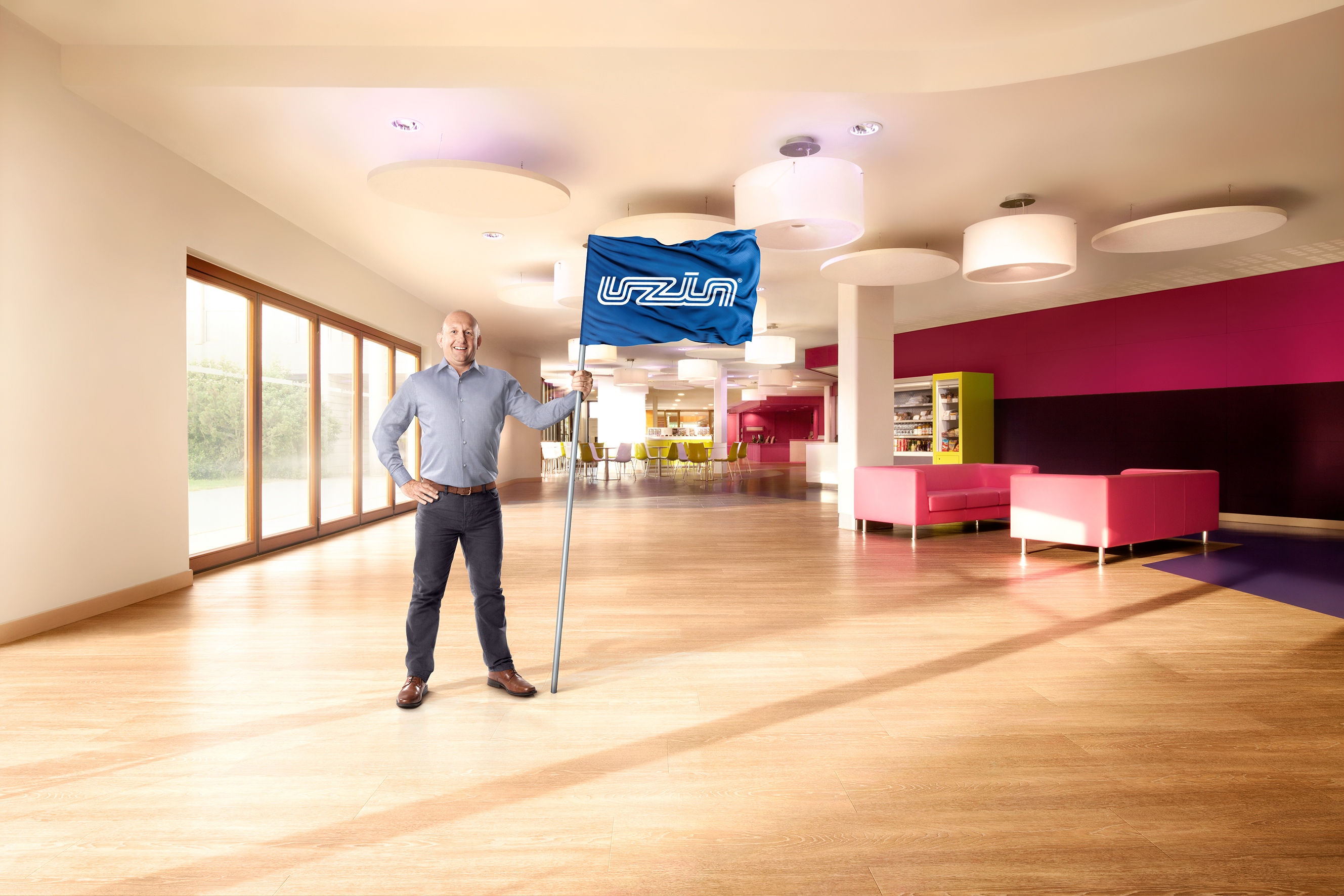 After the discovery of severe subfloor moisture within the Gulbenkien Café at Kent University, a UZIN system was chosen to install the new flooring and provide a long term solution.

The initial project was to replace the existing vinyl floorcoverings in the cafe as bubbles had appeared in certain areas. The initial area was 150 - 200 m2, but the floor area increased to 400 m2 after problems were encountered. The work was to be undertaken out of normal working hours, so that the cafe could stay operational during the day, to serve students and staff members alike. SW Flooring were instructed to remove the existing floorcovering, prepare the subfloor with one coat of a smoothing underlayment, and replace with a variety of Dalhaus Sheet Rubber, and Karndean Vinyl woodplank. The works was due to be completed over a period of 10 working nights. SW Flooring removed the existing floorcoverings, and it became apparent that there was a moisture problem with the subfloor. SW Flooring were also presented with a variety of subfloors, ranging from 50 mm paving slabs laid onto 75 mm of sand, adjoining timber sections, ceramic tiles and screed. All with their own extremities and movement tolerances. Previous installations had been undertaken by other contractors by applying DPMs and latex smoothing compounds on top of each other at each stage of failure, which resulted in the moisture present in the subfloor, just constantly working its way to the surface failing each layer of preparation as it went. SW Flooring approached Kent University and advised them of the findings. Upon conversations with the Senior Building Surveyor, they agreed for SW Flooring to carry the work out using the correct methods. This created an increased expectation from the University to deliver a fault free solution. SW Flooring also had to appease the Client of the Estates Department, which was the Cafe, to ensure that their customers were not inconvenienced in anyway.

SW Flooring started by removing all the existing latex smoothing compounds by hand with a small mechanical Kango drill. The timber section was replaced incorporating a structural DPM, and then was overlaid with a 6 mm of plyboard to increase rigidity. SW Flooring had to ensure the cafe was open at 8:00 am each morning during the project. This was achieved by making up the level differences with sand each night and then covering with Cordex to eliminate any trip hazard. SW Flooring needed high quality products from a manufacturer that instilled them with confidence, and also had products that could be used for this situation.

SW Flooring had a very good relationship with the Richard Boorman, the UZIN  Representative and he produced an UZIN specification for the project. He met SW Flooring on site at midnight at least twice a week to discuss the progress of the project, and offered valuable support, to enable the project to be completed The specification was to apply 2 coats of Uzin PE 480 to the paving slabs, incorporating an accelerator to speed up the drying time, for the reopening of the cafe in the morning. The second coat was fully blinded to create a mechanical key for the smoothing compound, and UZIN NC 182 was used in isolated sections to repair where the different substrates joined. The timber and plywood areas were primed using UZIN PE 630 and UZIN NC 175 fibre-reinforced smoothing compound was applied between 6 mm to 10 mm. This created a subfloor, that was suitable to receive any floorcovering of the Universities choice.

The new floorcoverings have been laid for 10 months now, and apart from a slight settlement from the various substrates, the University are very pleased with the workmanship and specification that was created for this project.

High quality, liquid damp proof membrane for use up to 99.9% RH. Even sets on wet surfaces for fast installations.

Fibre-reinforced, flexible self levelling compound with Level Plus Effect for thicknesses up to 20 mm

Fibre-reinforced, high temperature and LVT adhesive. Can be used to install all types of resilient floor coverings such as vinyl and LVT.

UZIN. THE FLOOR BELONGS TO YOU.
Installation systems for screeds, flooring and wood flooring.

WOLFF. Going beyond your limits.
Machinery and special tools for subfloor preparation and installation of floor coverings.

PALLMANN. For wood floors. For life.
Complete product range for the installation, renovation and maintenance of wood flooring.

floors for change
Resin flooring with passion for design.